The S54 engine is based on a cast iron base. The cylinder head is cast from an aluminum alloy, but a little lighter than on the M54 series.

Engine’s chain is double and has rollers. The Dual Variable Valve Timing system called Double VANOS timing on intake and exhaust camshafts began to work in a wider range, which affected the more precise responsiveness of the engine at different operating conditions.

The crankshaft is made of forged steel, has 12 balances and supported the family bearings.

BMW S54 motor was the best engine in the International competition of power units in 2001 year, “from 3.0 to 4.0 liters” category, and each year until 2006 was considered as the best in this category. In 2001, it also joined the list of “10 Best Engines Ward” and was there until the end of 2004. To replace this motor the S55 engine has been designed.

S54B32EU – the 343-strong version designed for European spec cars. The engine is installed in:

The less powerful 333-strong version S54B32US was intended for American cars (M3 E46 and Z4 M Coupe / Roadster) and had some changes (such as a dual catalytic converter closer to the engine).

These measures have been taken to comply with CO2 emissions standards in the US, and that affected the power of the motor parameters.

Streamlined, lightweight S54 engine, mounted only on the M3 CSL E46 and officially designated – S54B32HP. Its peculiarity lies in the air intake of carbon fiber, modified camshafts, lightweight exhaust manifold (intake and exhaust manifolds slightly improved engine performance), the DME control system and more efficient air intake system, which is supplied mainly from the round hole on the front bumper. In addition to this, the vehicle is equipped with lightweight exhaust system made of thin steel.

In addition to this, the vehicle is equipped with the lightweight exhaust system made of thin steel. 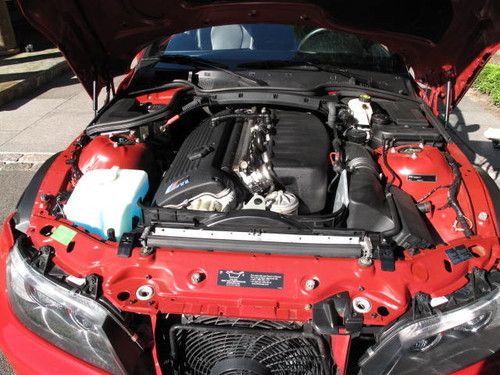 Instead of difficult manipulations you can just buy an ESS supercharger kit (or VF) and get a lot of power. These sets are quite reliable and install on S54 stock internals. The maximum boost VT1 – 6 psi (0.4 bar) you do not even need forged pistons. It will easily provide 470 horsepower. With the help of a supercharger S54 you can get up to 600 horsepower and that’s enough for any driver.

Make S54 turbo or twin turbo isn’t too favorable, it is quite expensive and easier to buy a faster Nissan GTR.