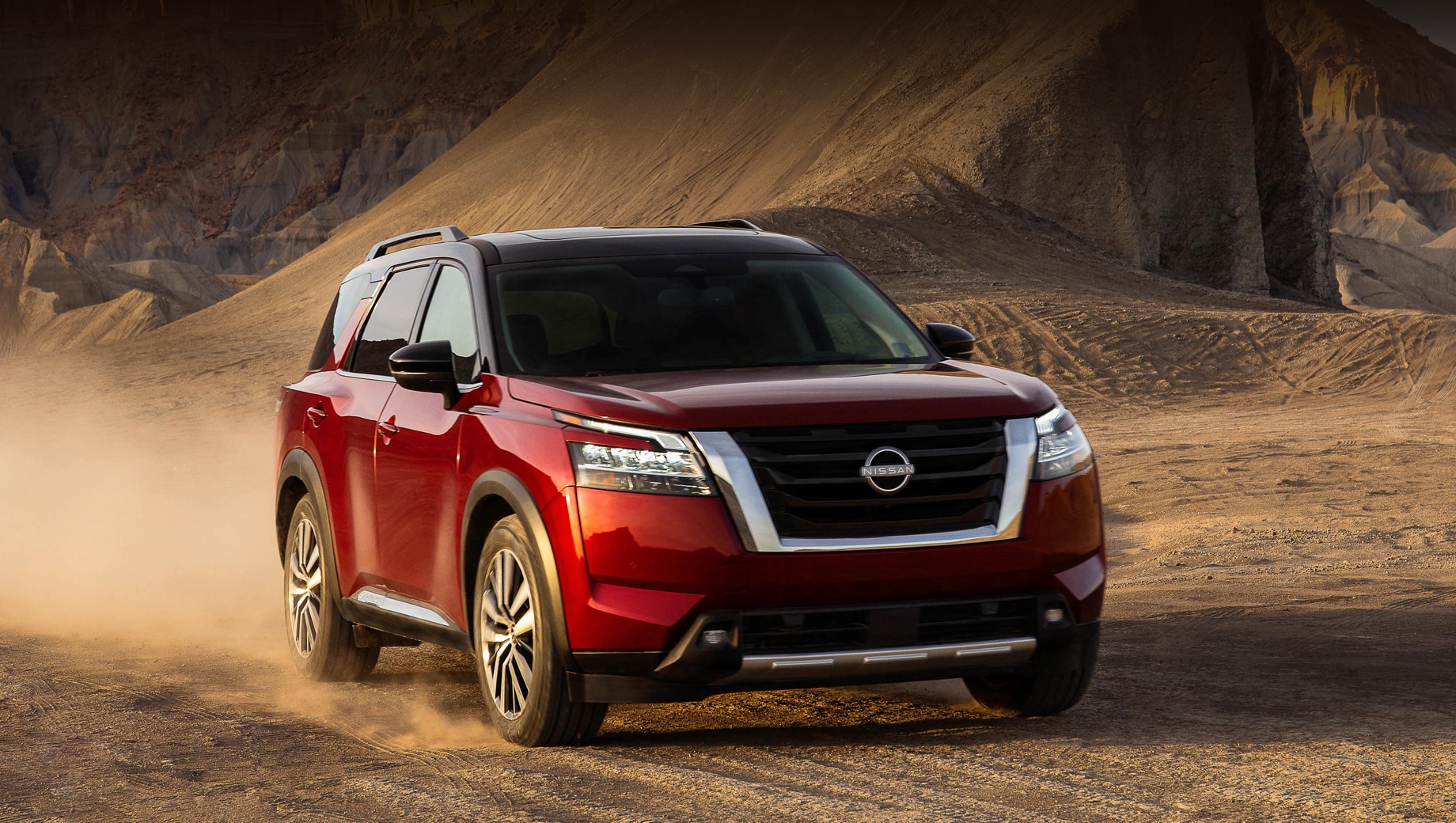 Nowadays, when the entire world auto industry seeks to shove people into small cars, moreover, without giving them the opportunity to even breathe real freedom, we, people from the past, sometimes become very sad. But, not all is lost. Away from the frail runabouts, give the real volume and size!

Out of the way, I’m going! Approximately such thoughts visit all owners of large cars. And, you know, after spending a week behind the wheel of a Nissan Pathfinder, it will be very difficult for the mind to adjust to a smaller size. But, it’s not just about size. The possibilities that the owner of a microcar or even an ordinary mid-size sedan can only dream of will become absolutely real for the owner of a large SUV.

The fifth-generation crossover was returned to its off-road appearance and took into account all the newfangled trends. In profile, the car resembles, for example, the new Land Rover Discovery: a large hood, a raised rear bumper, and pillars piled forward between the rear doors and the trunk window.

The engine of the new “Pathfinder” is a well-known power unit, which is also installed on the Murano – a gasoline aspirated V6. In the USA, engine power reaches 284 hp.

How Much Oil Does a Nissan Pathfinder Take?