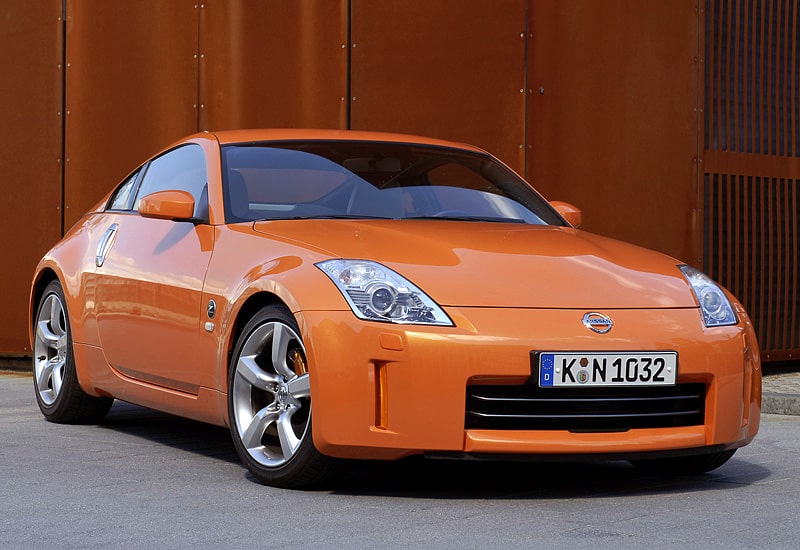 After a long silence, thirty years after the release of the first Z, Nissan decided to introduce a new generation of the famous model. The car, called the 350 Z, is a striking and worthy representative of the Nissan Z series family.

For starters, it’s worth noting that the 350Z is a true hatchback. As far as possible, the designers have retained the shape of the front lighting technology and the “square” of the rear window of the old Z – this similarity of the new car with the “parents” is the basis of recognition and is taken for granted.

Continuity with the first series is obvious in the interior: the similarity of the architecture of the panel and console, the same arrangement of instruments, and even a very close shape of the air defrosters, which are also round and enclosed in a silver rim. And, of course, a three-spoke steering wheel with a large Z in the middle.

The main thing that designers from the California studio Nissan ask to pay attention to is how far the wheels are spaced apart in the corners of the car. The metal of the body only covers the wheels and engine, and the shape of the body gives the illusion that the car is simply made of molten metal. Vertical xenon headlights further enhance this effect and make the vehicle more aggressive. The wheelbase of the car is 4.5 meters. Vehicle weight – 1.456 kg.

The 350 Z can be described as a lean, squat, well-knocked car, with a long hood and teardrop-shaped cockpit. It would be a mistake not to mention the stylishness of this model. Small “eyes” of xenon “spotlights” in the crystal bowels of the headlights, narrow vents in front of the wheel arches, vertical door handles in the “techno” style. Forged wheel rims with delicately curved spokes, through which the gold-colored calipers of the powerful Brembo brakes are perfectly visible – all this is evidence of the unique style of the Japanese car.