The production of Toyota 3SGE was launched in 1985 and ended in 2005. It was built as a variation of the 3S-FE engine, meant for sports cars. 3SGE differs from 3SFE by the restyled Yamaha cylinder head.

For 20 years of production, this engine gained 5 modifications.

What Cars Have The 3SGE Engine?

As we have already told above, the 3SGE has 5 versions, constructed for such Toyota vehicles as Celica, Altezza, Caldina, MR2 and RAV4. All the modifications have an offset of 2.0 L (1,998 cc). Moreover, these motors served as a framework for the creation of turbocharged 3S-GTE. 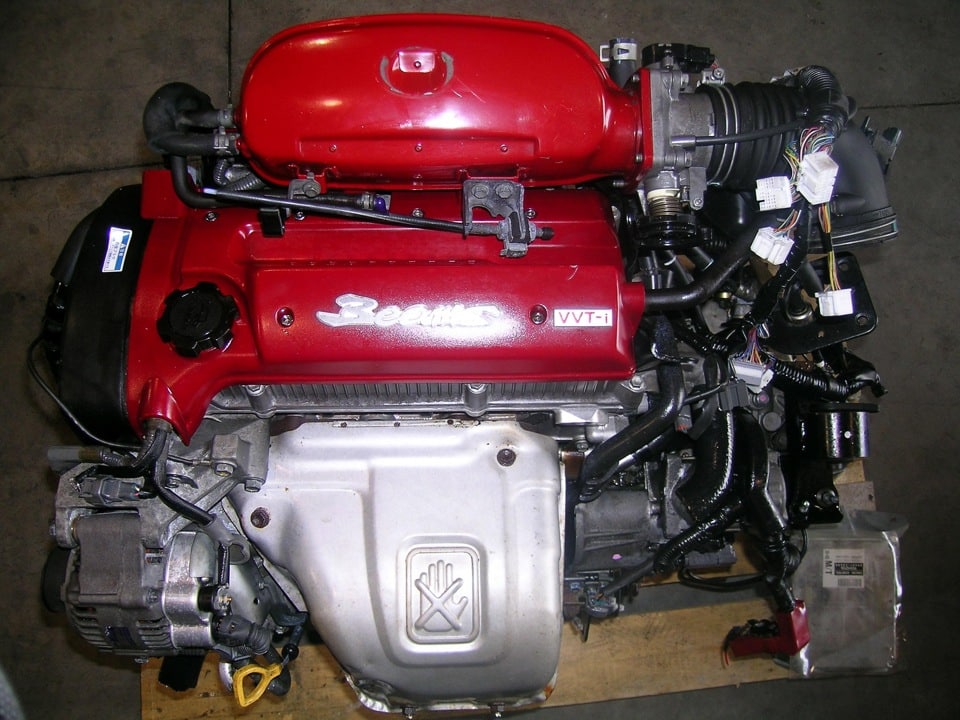 3SGE Generation 3 (produced between 1993 and 1998) was subjected to another camshaft restyling. Being utilized for the vehicles with an automatic gearbox, they have a duration of 240/240 degrees and lift 8.7/8.2 mm. Meanwhile, the ones for cars with manual gearshift have duration of 254/240 degrees and lift 9.8/8.2 mm. The third generation of 3SGE has a higher compression index than its predecessors, which is 10.3. The motor’s output is 180 hp at 7,000 rpm.

Moreover, this type includes an engine with a valve cover of black color, called the 3SGE Grey Top. It was employed for Caldina and RAV 4 automobiles. Its power comes to 180 and 190 hp.

3SGE Generation 5 (produced between 1998 and 2005) is the final modification of 3SGE. Its peculiar feature is a Dual VVTi variable timing technology. Having an output of 200 hp, the motor has identical valves to the first three generations.

3S-GTE is a Toyota in-line four-cylinder motor with an offset of 2.0 L (1,998 cc, 121.9 cu in). Being built on the framework of 3SGE, this engine features oil nozzles for the undersides of the piston and has a lower compression rate to be used along with a turbocharger.

3S-GTE has 4 modifications, produced between 1986 and 2007. These engines feature turbochargers with an internal wastegate design. Besides, the motor’s exhaust turbine was available in two variants: steel turbines were manufactured for the American and Australian markets while the ceramic ones were meant for Japan. It was employed in MR2 (sold in Japan and US), Toyota Celica GT-Four, Toyota Caldina GT-T, and GT-Four.

3S-GTE Generation 4 (produced between 1999 and 2007) is the ultimate engine of the 3S series, utilized for the Caldina GT-Four ST215 vehicle. It features a restyled exhaust manifold and a CT20b turbocharger. The boost pressure is 11.5 psi (0.8 bar).

In total, the 3S engine by Toyota is reputed for its safety. It can work steadily for a long period if to take care of it regularly. The major disadvantage is its age. Today, there are a few engines of this series, which are in perfect condition. Moreover, we recommend avoiding buying the 3S-FSE as it has more trouble than other engines in the range.