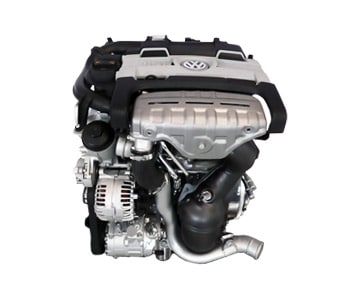 A series of small-EA111 turbo engine (1.2 TSI, 1.4 TSI) became widespread in 2005, thanks to the popular Golf 5 and Jetta sedan models. The main and initially the only engine was the 1.4 TSI in its various modifications, which was intended to replace the 2.0-liter atmospheric. At the heart of the power unit is a cast-iron cylinder block, covered with aluminum 16 valve head with two camshafts with hydraulic lifters, a phase shifter on the intake shaft and direct injection.

The drive timing chain is used with a service life designed for the entire period of engine operation, but in fact replacing of the timing chain requires 50-100 thousand. Km. Let us turn to the most important thins – boost. Weak version equipped with a conventional turbocharger TD02, more powerful 1.4 TSI has Twincharger, operate according to Eaton TVS compressor + turbo KKK K03, which virtually eliminates turbo lag effect and provides significantly more power. 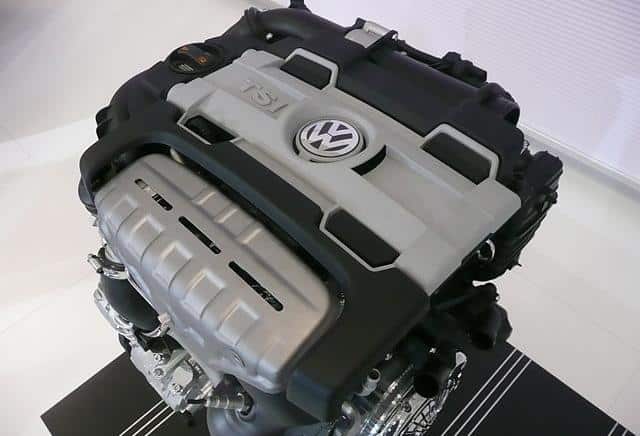 Besides, VW-Audi TSI engines are long-time heated (warming up very slowly) and like to “eat” a high-quality oil, but the problem is not so critical. With timely service, using high-quality gasoline, “quiet” operation and a normal relation to the turbine (when you stop give it time to work for 1-2 minutes), the motor will serve you for a long time. The resource of the Vlkswagen 1.4 TSI EA111 engine is about 300,000 km.

Despite all the technology and advancement of EA111 series (the engine 1.4 TSI is a multiple winner of the “Engine of the Year”), at the moment it is replaced with an even more perfect series of EA211 with a new, major change, – 1.4 TSI engine.

The simplest and the most reliable way to increase the capacity of these engines is the chip tuning. Usually chiping to a Stage 1 1.4 TSI 122 hp able to turn it into a 140-150 horsepower engine, depending on the tuning firm. This will not change the resource significantly – it is a good urban option.

On engines with Twincharger the situation is more interesting. This firmware can be lifted to the Stage 1 capacity of up to +/- 200 hp. Bet you won’t stop there. The standard Stage 2: chip, exhaust no catalyst), inlet (low resistance filter inlet or cold), intercooler. It will give about +/- 250 hp, with a relatively reliable and traveling forces. Then climb is not as profitable, plus reliability could be lower.