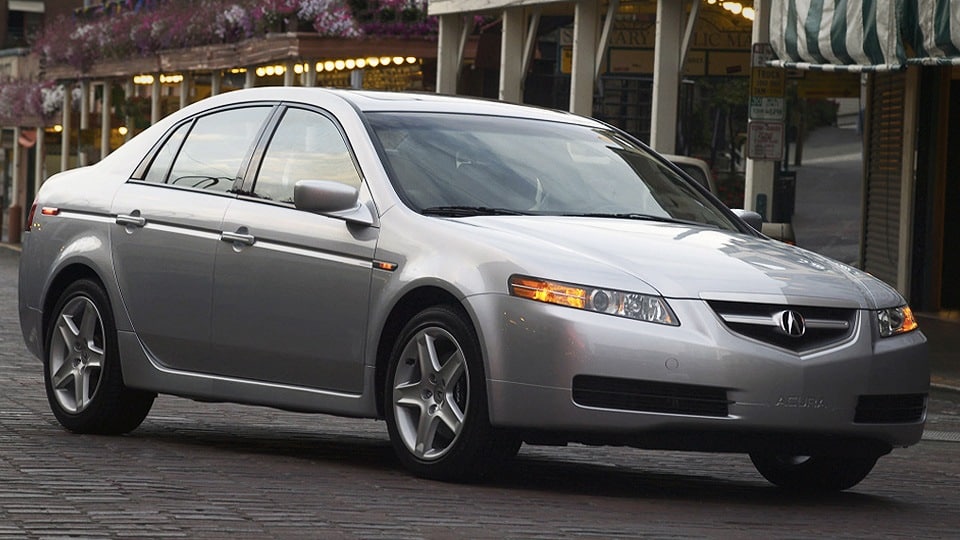 The Acura TL is a business class car that is manufactured by Honda under the Acura brand. This car made its debut in 1995, when it replaced the Acura Vigor in sales. Japan produced this sedan for its market until 2000 under the name Honda Inspire and Honda Saber until 2004 inclusive.

Acura TL sedan with the latest restyled edition has acquired aggressive appearance and corporate style Keen Edge Dynamic, if you take it in comparison with its older brother. The car has become taller by 13 millimetres, increased in width by 46 mm and lengthened by 15.8 cm. The exterior of the sedan is a bit inconsistent.

Due to the contours of the body, the exterior makes it clear that the car directly belongs to the business class – it is presentable, noble and has a real masculine character. However, the bow is made in the same style range as other brands of the company Acura. For off-road cars, such a front looks good, but for a business-class sedan, the front really does not harmonize, showing excessive sportiness and youth.

American technologists and engineers decided to install the same engines as a power unit under the hood of the Acura TL sedan. First of all, this is a 3.5-litre V6 engine with 280 horsepower and a much more powerful 3.7-litre V6 with 305 horses. The last engine went only to the all-wheel-drive version of the Acura TL SH-AWD.

But the transmission of torque to the wheels has now become a new 6-speed automatic transmission, which significantly reduces fuel consumption. The maximum speed with a standard engine is 245 km / h, and the sedan gains the first 100 km in 6 seconds. Independent spring suspensions have found their place at the rear and front.