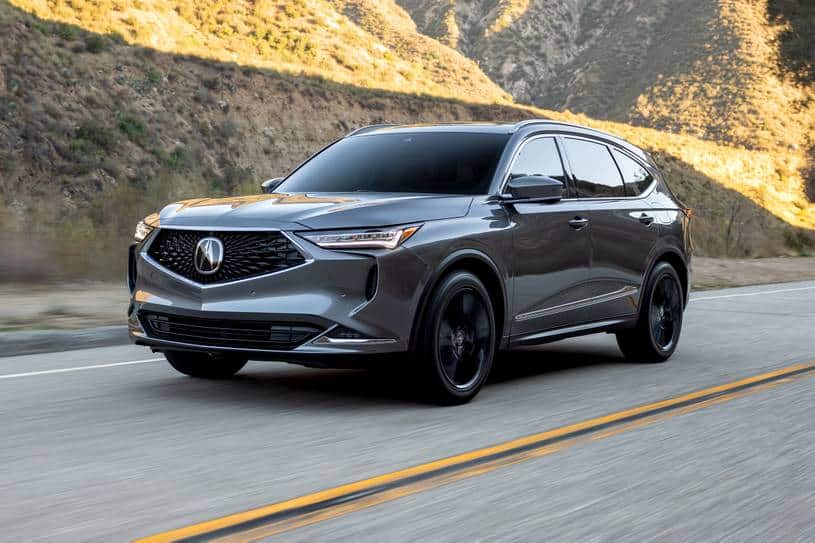 Acura MDX is a massive and large crossover of a premium Japanese brand. The model has existed since 2001 and is produced primarily in the United States by the local Honda subsidiary for the American market. But the car is also delivered to many other countries. The car is famous for its luxurious appearance and same interior design, amazing power and technical perfection. This is a real luxury among crossovers.

To date, three generations of this machine have been released. In 2021, the fourth generation of the crossover is likely to see the light of day. Its premiere in the form of a concept car should take place in mid-October 2020. According to the data available to date, the current restyling will affect both the design and the technical characteristics of the car.

The huge crossover should become even more brutal and solid. Its exterior design will follow the same style as the updated Acura TLX. The car body will become even more muscular, bulkier and more prominent. Visible stampings and chrome mouldings will appear on the doors. The car will receive a large and massive grille. The headlights will become narrow and aggressive.

The interior design of the car should also change. It will be designed in the same style as the TLX. The dashboard of the car will become completely virtual. The multimedia system will be represented by a large retractable or high-rise screen with a rich set of functions. At the same time, there will still be a lot of buttons in the cabin. The control unit for climate control options and the automatic transmission knob will change slightly.

The transformations will affect the power units and the suspension of the car. A MacPherson-type design will be installed in front and a multi-link at the back.

According to preliminary information, initially, the new product will be equipped with only one engine. This is a gasoline turbocharged power unit with a volume of 2 liters and a capacity of 276 horsepower. In the future, a 3-liter engine equipped with a turbine and a power of 360 hp may appear in the lineup. It is planned to be installed on the Type S version if one appears.

The crossover will receive a 10-speed automatic transmission. It will be sold with both front and all-wheel drive.