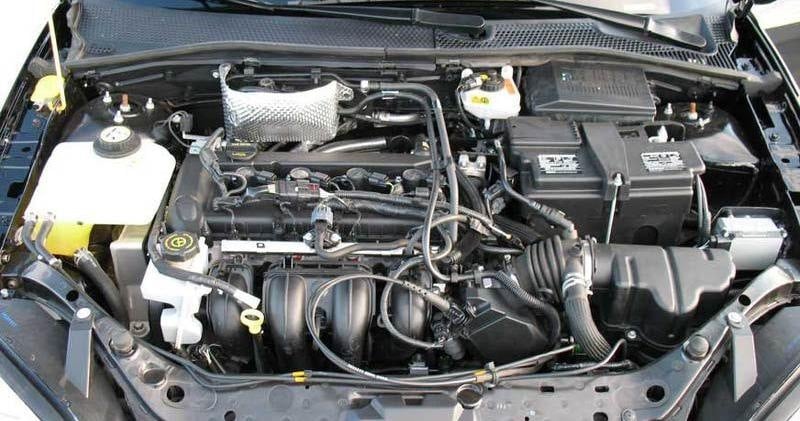 Engine Ford Duratec HE 2.0 with 145 hp by its construction is the same as 1.8 liter, but with cylinders with larger diameter (83 mm to 87.5 mm). Was developed by Japanese company Mazda MZR series model LF, used Ford in the framework of cooperation between the two companies. Comparing it with the 1.8 liter, the 2.0 on all sides of it seems less preferable. The 1.8 is more elastic, more powerful, quieter running, without flaws floating speed. Resource of Duratec engine Ford / Mazda LSB 2.0 according to the plant is 217 480 miles, but real lifespan is 310 500 miles without a major overhaul.

There are also timing chain drive, which significantly improves the reliability. All engines have a problem fragility camshaft seals. Often, the thermostat breaks before 60 thous. miles, and the engine is not heated or overheats. You also need to monitor the state of the spark wells, in case of oil it is necessary to tighten the valve cover or replace gasket. If, after 3000 rev / min machine refuses to go and there is a Check Engine prob;em, then it’s time to replace the intake manifold flaps control valve. In addition, every 100-150 miles you need to adjust the valve clearances, because of the lack of the lash on Duratec HE 2.0. By the way, there is no lash on engines of Ford Focus 1.4, 1.6, 1.8, 2.0 at all. In spite of all these little things, 2 liters – is a very good motor, reliable and is considered as one of the best engines among Ford Duratec. In 2010 the motor was replaced by his own restyling version Duratec HE GDI Ti-VCT, with variable valve timing, 150 hp.