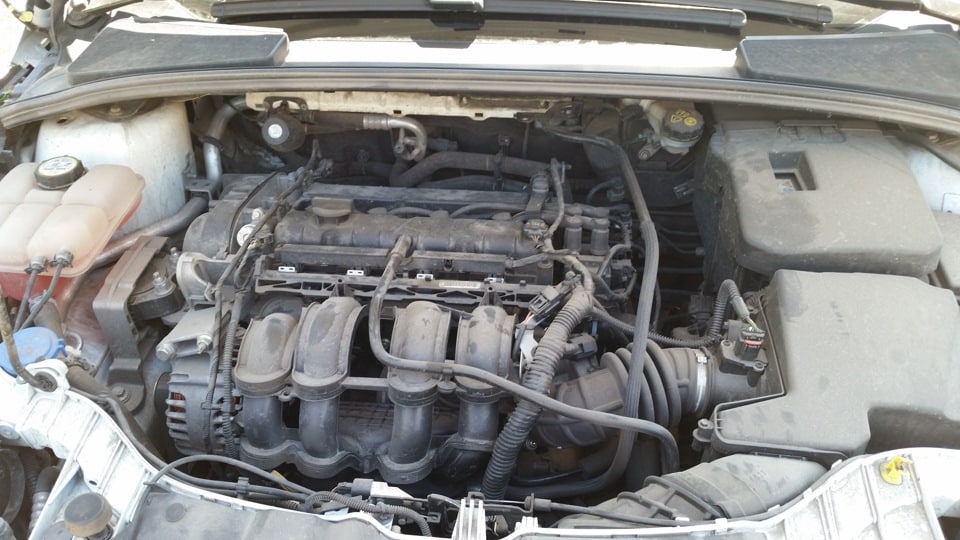 THE ENGINE IS INSTALLED IN:

Engine Ford Focus Duratec Ti-VCT 1,6 l. 105 hp is the same as Duratec Ti-VCT 1,6 115 hp with variable valve timing, but smothered under the Euro 5 environmental standards, hence we have the power drop by 10 hp Technically, and the engine repeats the last version, respectively the service life of the engine Ford Focus 1.6 105 hp according to the manufacturer is – 150 thous. miles., but the real resource of engine is about 200 thousands.

There is a problem with the engine timing belt, be sure to once every 100 thousand miles carried out the replacement of rollers and belts. As with previous models 1.6 liter engine, the same as reliable, with no obvious weaknesses, but cars with this engine are barely crawl. Want more reliable transportation? Look in the direction of more powerful engines.

Structural advantages and disadvantages are the same as in the entire series Zetec-SE, you can read about them in the “fault” section, articles on the 1.4 liter engine. In addition there is a more powerful version of this engine, with a capacity of 125 hp.