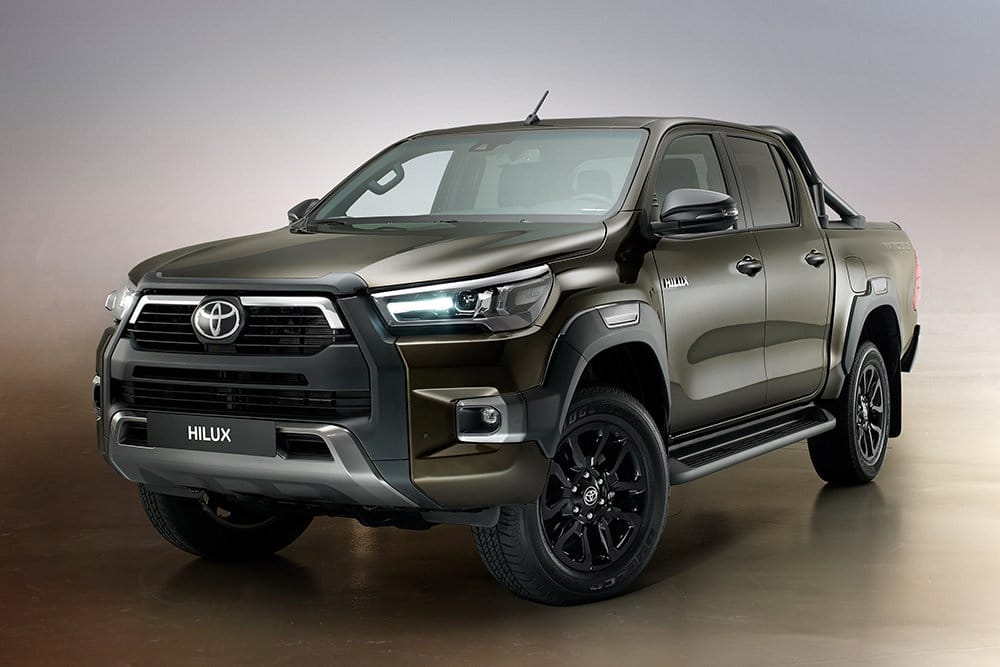 Toyota Hilux is a large-sized powerful pickup truck of the renowned Japanese brand, characterized by increased cross-country ability. The history of the model began back in 1983. To date, eight generations of the car have been produced. The last one has already been updated once.

And in 2020 it became known that the eighth generation is waiting for the second restyling. He touched upon both design and technical equipment. The car, which has already gone on sale in some countries, has become more aggressive and brutal in appearance. It has received narrow LED headlights, giving it aggression. The radiator grille has become massive and black.

Large protective linings appeared on the fenders, and a plastic body kit for protection appeared along the entire bottom of the body. The front bumper is also protected for off-road travel. And a special plastic block appeared at the back, in which a brake light and a handle for opening the side were installed. The car is sold on stylish alloy wheels of 18 radius.

The interior, made in dark shades, has become even more luxurious and spacious. It is designed for five people together with a driver. The interior is finished with expensive leather, as well as high-quality plastic and fabric. The dashboard has acquired a new design. It is designed as a touch screen. Also, they began to install a more advanced multimedia system with more options and improved sound on the car. It is a huge touchscreen display that protrudes slightly beyond the dimensions of the instrument panel.

The car has got an improved suspension with new damper settings. Now it has become less rigid, but more reliable and confident off-road and when transporting heavy loads. The novelty is equipped with many advanced security systems and electronic assistants. For example, she received an innovative system that not only keeps the car in the lane but can also slow down when an obstacle is detected. There are new settings for the exchange rate stabilization system. There are also some changes in the motor lineup.

How much oil does a Toyota Hilux take?