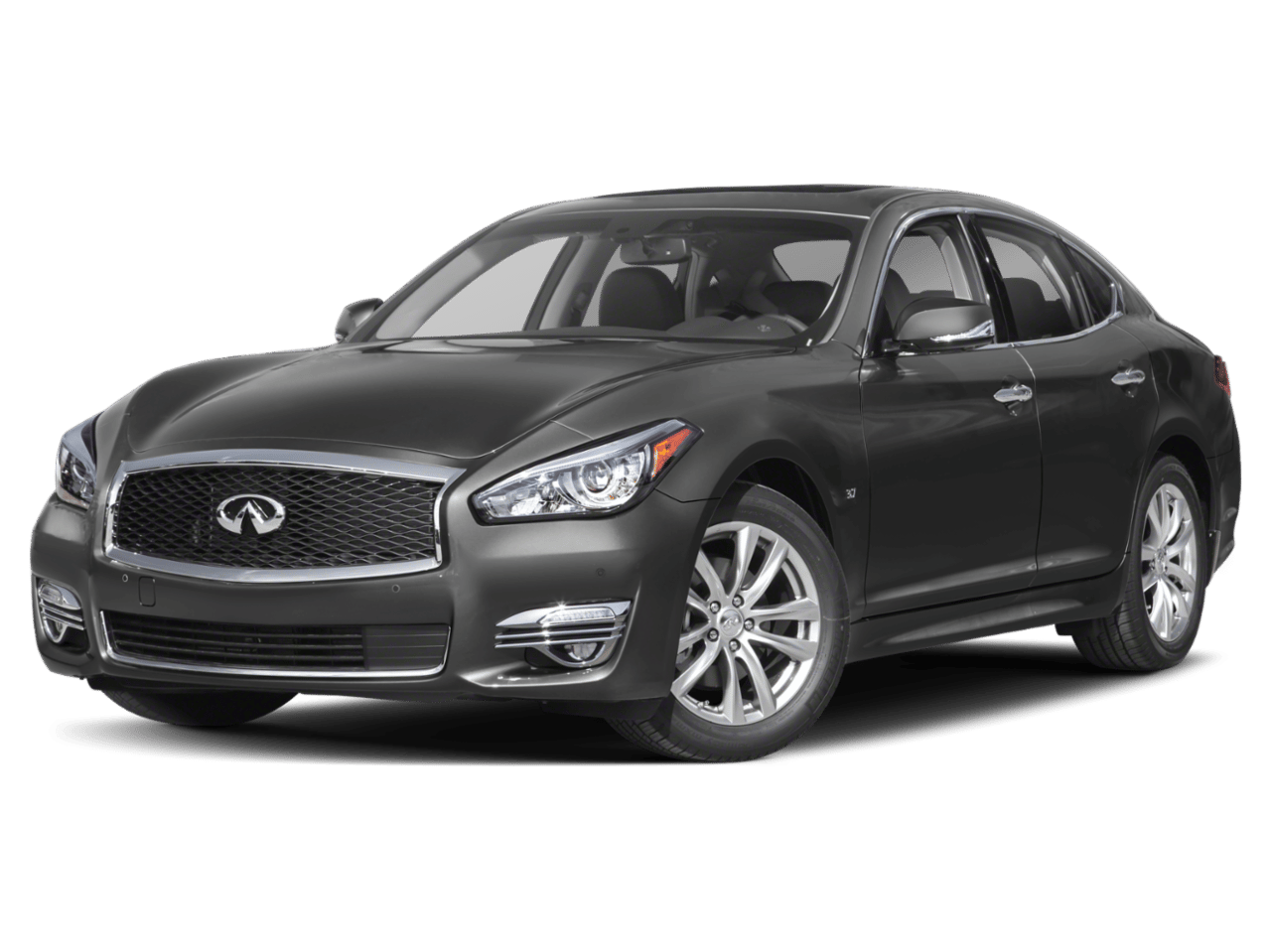 The Infiniti Q70 debuted at the 2014 New York International Auto Show. It is easy to distinguish the novelty from its predecessor, it has stylish elongated headlights with lensed optics and LED daytime running lights, thanks to its shape, the front of the car looks quite aggressive. Also catching the eye is a new grille in the corporate style with small honeycombs and a large chrome outline. At the bottom of the bumper we can see the recesses, similar to the air intakes, they give the appearance of the car dynamism, and also on them are located small fog lights.

The overall sedan looks quite ambiguous, on the one hand, relief ribs on the hood and shape of the optics give the appearance of Q70 impetuous and aggressive, but at the same time flowing lines in the silhouette and chrome trim make it elegant and sophisticated.

In the respectability of the Infiniti Q70 sedan before there was a sense of sportiness. The body, like an elegant suit, emphasizes strong muscles. And after updating the company’s flagship looks even more expressive and emotional, and at the same time, its cost against the background of competitors remains very attractive.

How Much Oil Does an Infiniti Q70 Take?

Your new vehicle is equipped with a high-quality genuine NISSAN oil filter. When replacing, use the genuine oil filter or its
the equivalent for the reason described in change intervals.

Damage to engines caused by improper maintenance or use of incorrect oil and filter quality and/or viscosity is not covered
by the new INFINITI vehicle limited warranties.

Your engine was filled with high-quality engine oil when it was built. You do not have to change the oil before the first recommended change interval.