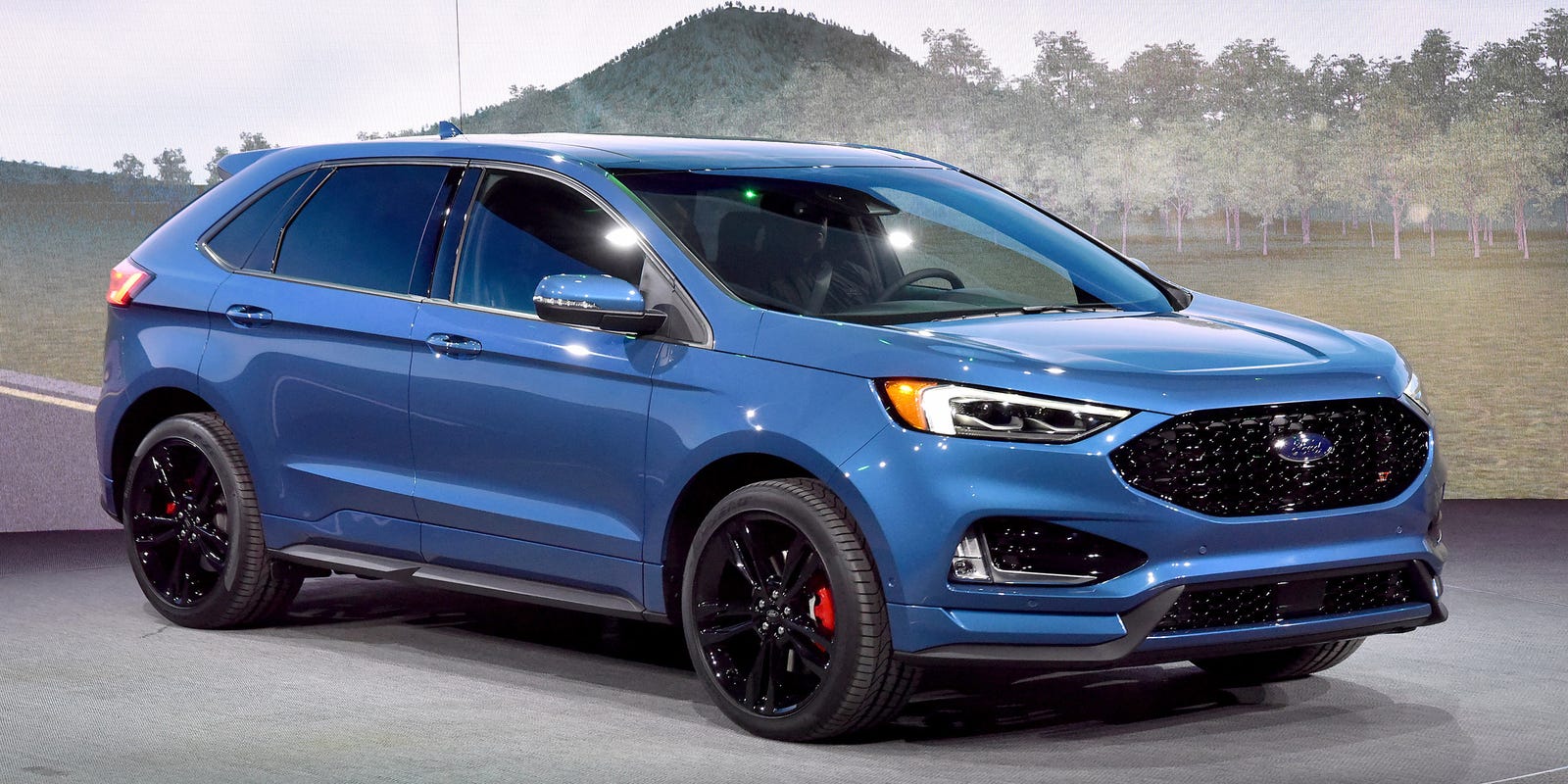 The Ford Edge is a K1-class crossover with front- or all-wheel drive. The world premiere of the restyled second-generation model took place at the Detroit auto show in winter 2018.

Lacking the chopped shapes, the updated Edge looks sleeker, especially evident in its front end. No, the pre-styled version can not be called a “stump” it is also interesting, but now the car looks harmonious, solid, and in the ST-Line package even in a good “aggressive”.

The merit in it is the other form of a radiator grille which became more rounded, narrow forward optics (depending on a complete set can be completely diode) and design of the forward bumper flanked by “fangs” of fog lights. From back crossover also has “beefed up”. It is easy to understand by the shape of the rear bumper and trunk door where the light strip which connects rear lamps has disappeared, making the car visually wider.

The interior of the crossover at first glance may seem untouched: the same steering wheel, the same central console, even the location of the buttons remained at the same level. Instead of the usual gear selector is a puck. The cup holders have also moved to a new place, and the manufacturer assures that it became much more convenient to use them.

Ford does not shy away from modern technology, for the first time is available for the Edge emergency braking system with pedestrian detection, and ultrasonic radars with wide-angle cameras do not only keep the car within its lane but also help to get through the crowded yards and narrow streets.

In the U.S. market, Ford Edge is sold with a 2-litre gasoline turbo engine EcoBoost rated at 245 hp, which works exclusively with an eight-speed “automatic.” But in Europe under a cowl of the crossover, there hides a diesel engine of 2-litre capacity with the EcoBlue brand name, the capacity of 150 hp. 370 Nm or 190 hp. 400 Nm. There is a version with Bi-Turbo for those who is not enough.

The capacity of such motor already makes impressive 238 hp. As well as in the States, the European market will have the car both with front, and a full drive, and here, besides an automatic 8-speed gearbox, the European buyer can also get a classical 6-speed manual.

Use of synthetic or synthetic blend motor oil is not mandatory. Engine oil needs only meet the requirements of Ford specification WSS-M2C945-A (3.5L/3.7L engines) or WSS-M2C946-A (2.0L EcoBoost™ engine) and the API Certification mark.

Your vehicle has an Intelligent Oil-Life Monitor that determines when you should change the engine oil based on how you use your vehicle.

By using several important factors in its calculations, the monitor helps reduce the cost of owning your vehicle and reduces environmental waste at the same time.