GM’s 5.3L Vortec motor is built on the small block V8 framework, applied to create many LS lineup motors for the Chevrolet Corvette. However, the 5.3L is mainly employed for trucks and SUVs.

5.3L Vortec has a minimum of 9 variations, but they are generally either Generation III or Generation IV V8 small block motors. The main difference between these motors is block construction modifications to ensure more efficient fuel consumption and switch off cylinders if they aren’t necessary for power production. Moreover, the motor was built to all variable timing.

Its first application, to be exact its LM7 modification, was in a 1999 Chevy Silverado. Then, in 2002, the company presented L59, a flexible fuel variation of LM7.

In 2003, LM4 was released, which is actually a version of LM7 but with an aluminum block. In 2005, the other aluminum block motor, L33, was presented. However, it kept other pistons and cylinder head, contributing to output increase. Those motors of Generation III were released till 2007 when their production was ceased.

LY5, LMG plus LC9 motors were presented in 2007 and served as extra variations of Generation IV small block.

GM presented its LH8 version in 2008. Its restyled construction allowed installation in H3 and small trucks. These motors were noted for their good power for big vehicles with small towing demands and great fuel economy compared to similar motors with a small block. Moreover, LH8 turned out to be a very reliable motor.

LM7 motor achieved an output of 270 hp with a 315 lb/ft torque. And before Generation III motors were stooped to be produced, L33, which was considered a high productivity variation, demonstrated the power of 310 hp with torque of 336 lb/ft.

Motors of Generation IV showed different output results, but the maximal power equaled 320 hp and torque of 335 lb/ft. Both Generation III and IV engines feature aluminum alloy heads with blocks of various materials, depending on the employment. 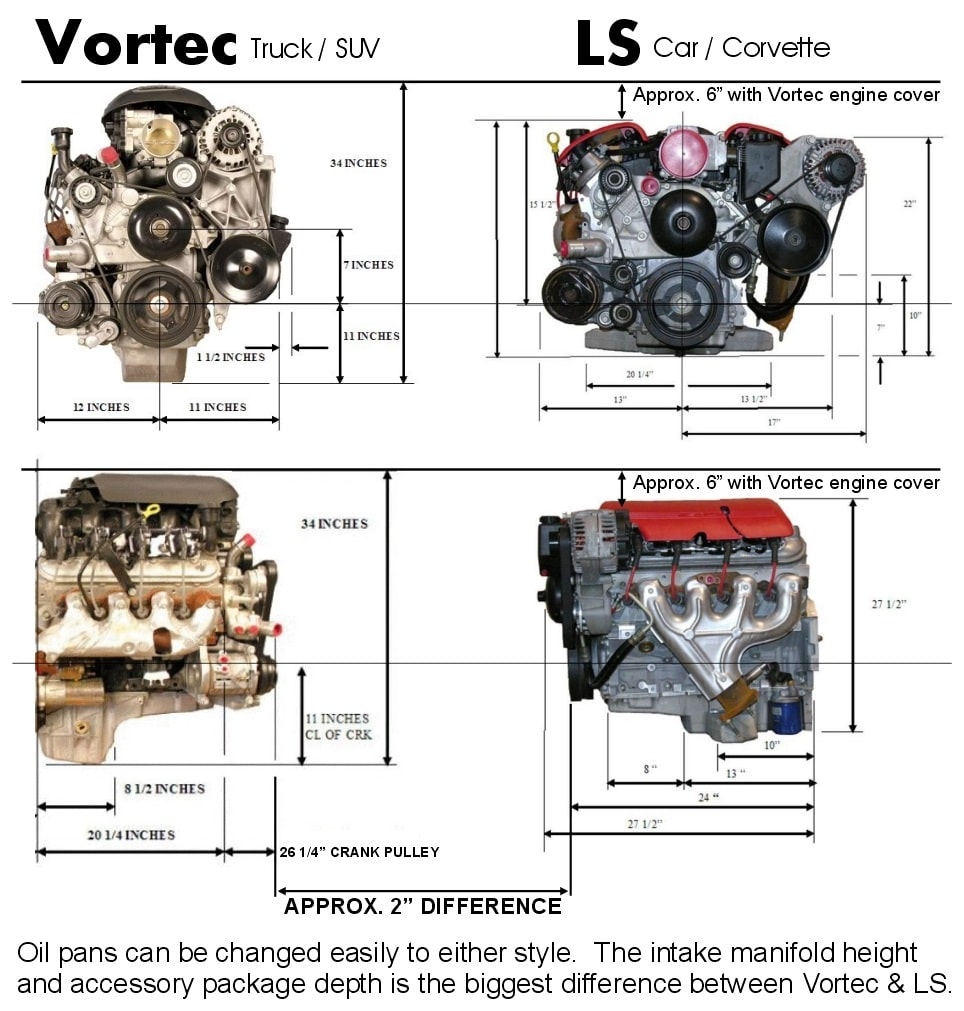 Trucks are often provided with mechanical fans, which can destabilize a motor’s output. The solution is to apply an electric fan kit. You can easily change all those details yourself, but note that the tune will remain non-optimized.

It’s advisable to turn to a chassis dyno tuner or a computer programmer. They may assist you in attuning the ECM and making the engine work smoothly whether you use low-octane or high-quality fuel.

Offset points can be raised, leading to an easier adjustment of a larger cam and injectors in the future. Additionally, tuning will be more efficient if you mount a colder thermostat.

The 5.3L Vortec is regarded as a very sturdy engine, with most units expected to endure for 200k-300k miles before needing to be replaced. I have a 2002 Suburban with the LM7 engine in it, and it’s still running strong at 220k miles with no major issues. It has been without a doubt the cheapest automobile I’ve ever owned when it comes to maintenance and repair costs.

On these cars, the engine blocks are almost impenetrable. You’ll have to replace some basic components during the car’s life, such as the water pump, plugs and coils, and some gaskets and hoses, but in general, the engine block is quite durable and rarely causes issues.

Is The LM7 a Good Engine?

How Long Do LM7 Engines Last?

To Sum It Up

Noted for its great lifespan and reliability, 5.3L Vortec has become more and more popular. It’s generally applied for trucks and large SUVs, the owners of which never complain of its durability.

Clearly, its output differs from one of LS motors, which is closely coordinated. 5.3L Vortec is more focused on weight carrying than LS engines built for SUVs plus trucks. Mainly, these motors are equipped with cast iron blocks (especially the ones for large trucks). Nevertheless, some versions go with aluminum heads and blocks.