The Chevrolet 8.1 Vortec engine is a powerful and reliable option for drivers looking for an engine that can provide plenty of torque. This engine has been used in a variety of Chevrolet models, including the Silverado, Avalanche, and Suburban. It is also available in certain GMC models. If you are looking for an engine that can handle your daily driving needs, the Chevrolet 8.1 Vortec engine may be the right choice for you!

Along with Chevrolet and GMC vehicles, this motor was also utilized for Kodiak, vessels, and motorhomes. Actually, this motor was produced till 2009 for diverse motorhomes and ships. The 8.1L features a large bore and stroke with an almost square bore-to-stroke proportion and a redline of approximately 5000 rpm.

The Vortec 8.1L engine requires 6.5 US Quarts of new SAE 5W-30 engine oil for an oil change with a new oil filter. 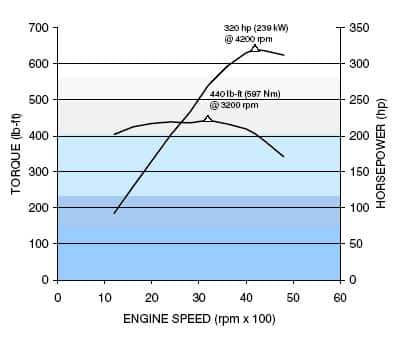 The 8.1L’s output and torque could differ depending on its application, like in the case with all other motors built on various platforms. However, the maximum power of 340 hp was achieved at 4200 rpm with a 455 lb/ft peak at 3200 rpm.

The precise displacement slightly differed because of some alterations in the cylinder head and was between 8.095 and 8.128 liters (approximately 494 cu in).

When it breaks, GM’s 8.1L is a stroked-out variant (4 inches vs 4.37 inches) of the company’s 7.4L Vortec V8, which ceased for the sake of the 496 cu in version. Both 7.4L and 8.1L motors feature a bore of 4.25 inches. Moreover, 8.1L’s undersquare styling enhances low-end torque and contributes to torque curve flattening. And these are astonishing specifications for heavy truck motors.

Aspiring to better fuel economy and lower emissions levels, GM ceased producing their 2500/3500HD series to give way to a more compact 6.0L motor. Though its maximum output of 360 hp is lower and it keeps 380 lb/ft maximum torque, the company releases a more productive 6.6L Duramax diesel for the cases when an enhanced towing ability is required.

Being built mainly of iron, this General Motor’s engine featured a cast-iron block and cylinder head.

This V8 motor kept a classic camshaft in the block with pushrods and 1 inlet, and 1 exhaust valve per cylinder (16 in total). Moreover, it was equipped with the same electronic fuel injection system as the 7.4L.

The 8100 Vortec became the latest GM’s big-block gas motor, being initially manufactured as a workhorse for people who needed such great power. However, its immense size contributed to high fuel consumption, which was the main reason for its replacement with a smaller and less voracious small block 6.0L motor.

Though it was manufactured for heavy-duty work, Vortec 8100 could hardly boast of superb performance. Mainly, the parts employed for other big block motors aren’t compatible with the 8.1L. So, it’s not so easy to find the appropriate ones. The good news: one company sells very cool details for this motor.

Raylar Engineering is the only company dealing with the production of parts for Vortec 8100. They offer some cool stroker kits, enhancing a motor from 496ci to 511ci and, in some cases, even to 540ci.

Moreover, they are manufacturers of many other details, from camshafts to blowers. The brand’s stage 3 package 540ci motor will increase the output to 685 hp with a 680 lb/ft torque. Please note that the original Vortec internal parts are pretty slim. That’s why, if you install many new details, it’s required to have a forged bottom end.

So, Raylar Engineering offers some great tuning opportunities for your motor, but not everyone needs it. For example, the 511 stroker kit will be too much for your motor if you tow their towing camshaft. Simultaneously, if you aspire to drive faster, a larger camshaft and a 540 stroker kit will assist you in gaining more power.

The 8.1 Vortec’s oil usage, unlike those with AFM, is not too severe or difficult. While this isn’t necessarily an “issue,” I wanted to bring it to the attention of any potential buyers out there. The majority of 8.1 owners notice that they require 1 quart of oil every 2,500-5,000 miles, which isn’t an uncommon occurrence. This isn’t a problem that affects everyone; rather, it happens with the majority of these motors.

Although this is more of a regular maintenance item, I wanted to bring it to your attention since the spark plugs on these engines tend to go sooner than most. The 8.1L Vortec has been criticized for burning oil and leaving residue around, which causes the spark plugs to become clogged.

The spark plugs on the Chevrolet 8.1 must be replaced every approx. 25,000 miles. This may be more often if you have severe oil-burning problems.

The crankshaft position sensor on the Vortec 8.1 is known to fail or become faulty. This problem was most prevalent in 2003 and prior vehicles, after which GM resolved it.

A faulty sensor can produce a variety of problems, especially in terms of performance. When a sensor dies, it sends incorrect data to the ECU, which then adjusts the engine timing incorrectly. The result is significant power losses and other running difficulties, including no-starts.

The intake manifold gasket, as the name implies, keeps the system airtight. The manifold distributes the air drawn in through the intake to each of the cylinders. When the gasket fails, air can leak out of the manifold before reaching the engine, resulting in an air leak or a vacuum leak. Air leaks reduce how much air is delivered to the engine for each amount of gasoline put into it.

On Vortec engines, lifters are known to make a “lifter tick” sound. Oil deposits, a faulty lifter, or even bent pushrods may all produce the ticking noise. Deposits are the most common cause of the ticking noise on the Vortec 8.1 and they are seldom an issue.

The majority of individuals who have lifter tick simply let it go and don’t mind the racket. If you’re disturbed by the sound, try using a can of Seafoam or Marvel Mystery Oil to repair it.

In the case of Ford’s 8.1 Vortec engine, “Workhorse” is a fitting title. Overall, these engines are exceptionally long-lasting and are designed to endure 250,000 miles or more. The Allison transmissions that most people use are known for being some of the most popular/favorite transmissions on the market.

While the oil-burning and spark plug issues are worth considering, they shouldn’t dissuade you from purchasing a Chevrolet with a Vortec engine. These engines are powerful, reliable, and built to last. With proper maintenance, your Chevrolet will provide you with many years of happy driving!

Do you have any questions about the Chevrolet Vortec engine? Leave them in the comments below and I’ll be sure to answer them! Thanks for reading!