Motors of LS series crate engine, nicknamed by GM as Gen-III Small-Block, first appeared in 1997. They were available in iron-block variations for trucks while all-aluminum LS1 was applied for C5 Corvette automobile.

While the company prefers to call its contemporary V8 motors Gen III and Gen IV, the real car enthusiasts, who have got excited by the high-productive motors, prefer to refer to all the engines of the platform as LS.

Keeping 5.7-liter displacement, LS1 is the 3rd generation of GM’s Small Block V8 motors. The fresh engine had much in common with its predecessor, Gen II LT1, but featured modified displacement, external dimensions plus rod bearings.

General Motor’s F-Body automobiles, such as Chevrolet Camaro and Pontiac Firebird Trans Am, also obtained LS1 motors, but in 1998 and were applied till 2002. Those LS1 achieved 305-310 hp, considered to be rather moderate rated power.

What cars does the LS1 engine come in?

The 5.3 Liter Vortec engine by General Motors is based on the small block V8 platform. This is the same platform used for producing many of the LS series engines that were for performance cars, such as Corvettes, but the 5.3 L Vortec is primarily used in large SUVs and trucks.

Though LS1 kept the aluminum block and cylinder head, it proved to be very strong and durable. Sometimes, engineers apply very unusual and non-traditional materials in the search of the best way to improve the engine’s performance. And they may succeed though such modifications can be pretty expensive. However, it’s much more significant to have a really solid construction to feel all the benefits of materials applied.

Undoubtedly, LS1 engines were a real breakthrough in the world of small block V8 motors. Among the key modifications were increased block strength plus removal of the ignition system with a distributor. Some amateur mechanics still employ these motors to demonstrate their power in their project vehicles.

LS motors are pretty durable and reliable, but, of course, some troubles may occur especially if we consider them as high-productivity engines. Among the key shortcomings of these motors are:

Piston Ring Seals. A part of LS modifications is provided with low-quality piston ring seals, which may lead to troubles with increased oil consumption. Moreover, consequently, you may face engine blowing.

Oil Pump Cavitation. The original oil pump may start to cavitate above 6,000 rpm. As LS motors have rather limited revolutions abilities, this trouble isn’t critical for a production variation of the motor. Nevertheless, performance versions reach more than 6,000 rpm and that may lead to troubles with oil pressure when the pump begins to cavitate (You can research this issue in more detail by having a look at the list of restyled and improved pumps).

Non-Priority Main Oiling in OEM Blocks. The majority of aftermarket blocks feature updated priority oiling. Priority main oiling guarantees that oil gets to the mains and only after that, it reaches the heads. It helps to minimize the oil pressure drop. Meanwhile, all original LS blocks go without this system. And actually, if you opt for OEM settings, there is no need in priority main oiling as the motor will spend too little time at high revs.

Skirted Cylinder Block. Though skirted block proves to be more solid, it restricts the opportunity to decrease windage in classic ways. Thus, crank scrapers and power pouches can’t be utilized, reducing the efficiency of windage trays.

Despite being convenient for packaging, the push rod design is among the most substituted parts of the motor as its valve train is its main shortcoming. To be exact, the valve train system is so complex that it restricts the revs range.

Comparing to the overhead camshaft engine, a push rod motor needs more valve train details. Thus, the big number of moving details leads to their failure due to high friction in the valve train.

Restrictions of the actual valves which can be utilized are another common problem of LS and push rod motors. Thus, volumetric effectiveness may be limited due to the application of 1 intake and 1 exhaust valves in push rod versions. For instance, overhead camshaft engine keeps better productivity thanks to the utilization of up to 5 valves.

It’s pretty hard to reach camshaft because of the push rod design. Thus, in case you want to substitute camshaft, you need to remove either motor or radiator to reach it.

LS1 vs LS3 Which is better? 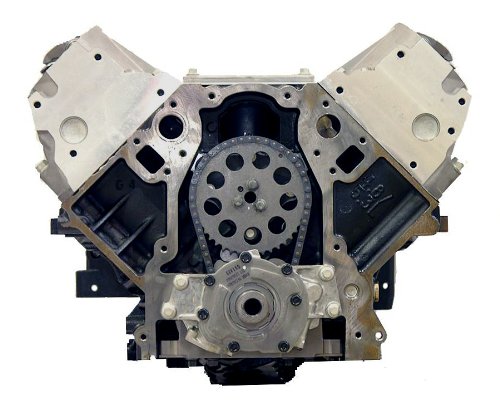