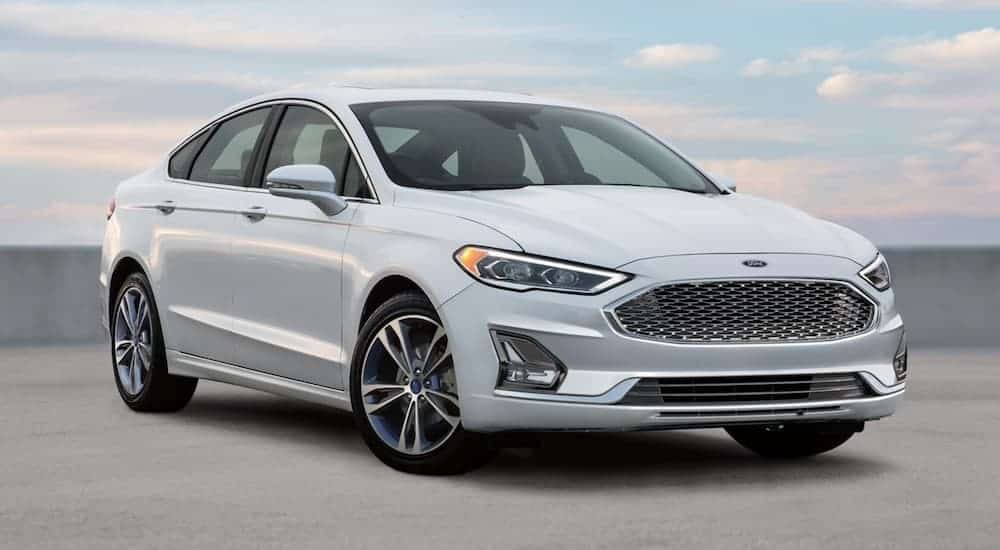 In 2016, in its home market, the updated Ford Fusion, better known to the European motorists as the Mondeo, debuted. In fact, the novelty is the first planned restyling of the second generation, which saw the light back in 2012. The manufacturer has upgraded the technical stuffing, redesigned the interior, as well as slightly refreshed the design. The car looks very stylish, mostly because of the front end, made in a new brand key.

Eye-catching narrow, slightly angular headlights, headlights with small focusing lenses and unobtrusive sections of daytime running lights. It is worth noting that in rich configurations, they can boastfully LED stuffing. The grille resembles the models of Aston Martin, has a hexagonal shape and is taken up with a fine mesh with lots of diamond-shaped cells. Below, under the bumper’s booster, you can see a small trapezoidal air intake, covered with plastic grille and special recesses with black inserts and small fog lights. In general, the model received small, but pleasant cosmetic changes, emphasizing the strengths of an already successful design.

Your vehicle is equipped with an Intelligent Oil-Life Monitor that determines when you should change the engine oil based on how your vehicle is used. By using several important factors in its calculations, the monitor helps reduce the cost of owning your vehicle and reduces environmental waste at the same time.