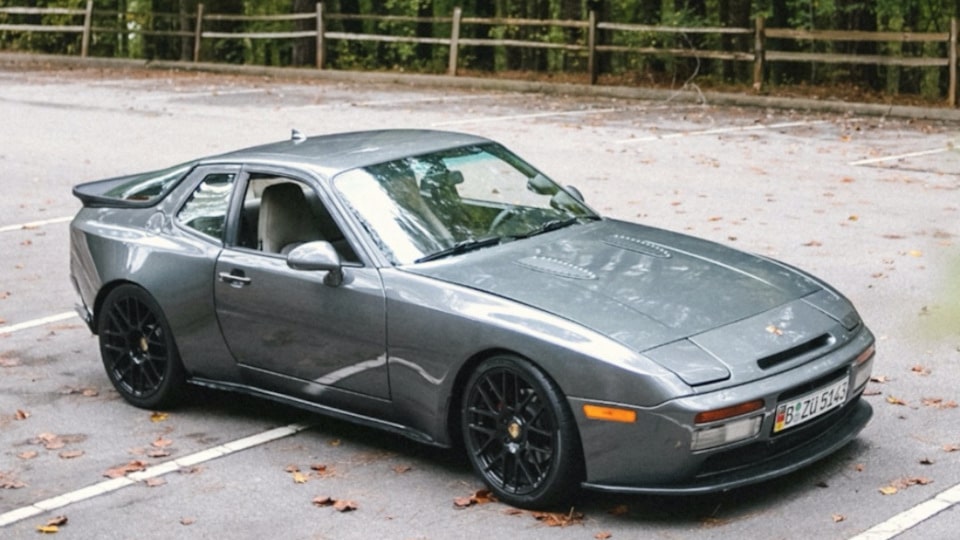 The rear-wheel-drive sports car Porsche 944 has been produced since 1982 at the Audi plant in the German city of Neckarsulm and was built on the platform of its predecessor – model 924. The coupe and convertible were offered from the body options.

The inline four-cylinder engine had 2.5-litre versions (from 150 hp to 220 and even 250 hp for the Turbo and Turbo S versions), 2.7 liters (165 hp) or three liters (211 HP) The convertible was only available with a three-liter engine. The Porsche 944 was equipped with a five-speed manual transmission, and a three-speed automatic was offered for the coupe with the 2.7 engine.

In the production of the Porsche 944, the company’s management did not seek to design the fastest, best-handling car, or the most luxurious model. They aimed to make a good, high-quality, sporty coupe. The calculation was that a potential buyer, for example, Celica, or Eclipse, could think: “but not add some more funds and buy a Porsche?”

When refilling, remove the dipstick to provide adequate venting and allow oil to flow into the crankcase. After refill, check the oil level. Top off to proper level as needed.

A proper fluid level may be 1/4 inch (6 mm) below the fill plug, measure exact quantity, DO NOT OVERFILL.

The base models had a 5-speed manual transmission, while the 2.7-liter versions were equipped with a 3-speed automatic transmission. Thanks to this, the car accelerated to 220 kilometers per hour.