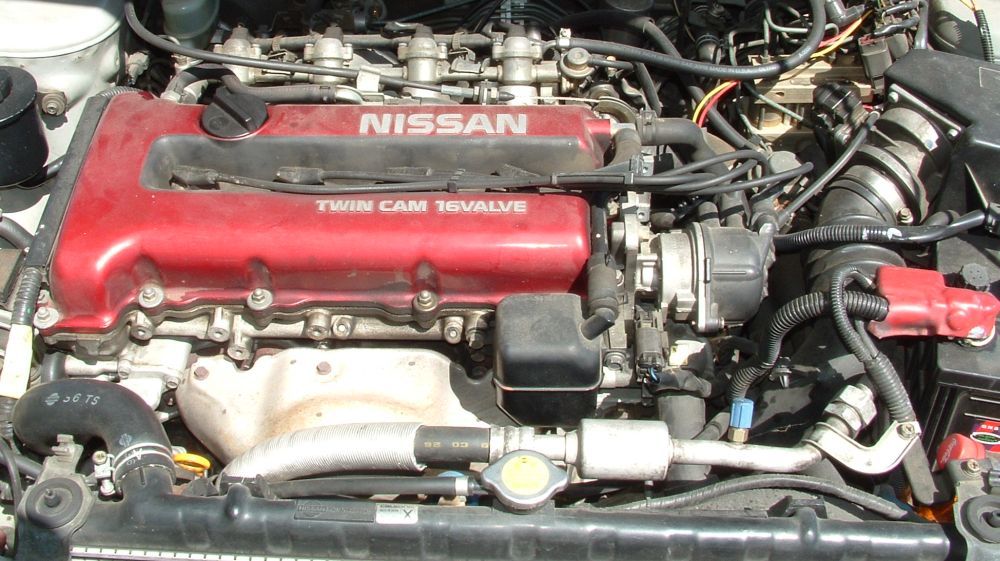 SR20, a celebrated Nissan motor, was first released in 1989 as an alternative to cast-iron CA20. Initially, it was employed for Nissan Bluebird automobile. SR20DE, a well-known motor of the lineup, has a square shape with identical piston stroke and cylinder width of 86 mm. The motor keeps an aluminum cylinder block containing dry cast iron sleeves. Rods have a length of 136.3 mm.

The cylinder head consists of 2 camshafts with four valves per each cylinder. Having a multi-point fuel injection system, the motor can achieve 140 hp at 6,400 rpm.

Besides, the brand released SR20Di motor with single-point fuel injection system. Unlike DE, it keeps restyled head accompanied by mended ports. Its output is 115 hp at 6,000 rpm. But let’s get a closer look at SR20DE.

Initial modification of this motor was called SR20DE Red Top or High Port because of its red valve cover. It featured camshafts with duration 248/240 degrees and lift 10.0/9.2 mm. Engineers raised motor rev limiters to 7,500 rpm due to utilizing an exhaust system with 1.75 inches width.

The Lack of the letter “D” on some of the engine identifications indicates a SOHC cylinder head.

What cars is the SR20DET engine compatible with?

The above-mentioned changes added efficiency, producing 230 hp at 6,400 rpm and a torque of 280 Nm at 4,800 rpm. It was utilized for Nissan Pulsar GTi-R, designed specifically for World Rally Championship.

One more variant of Black Top was designed specifically for Nissan Silvia S14. Its characteristics include intake camshaft with variable timing control (VTC), updated intake manifold and throttle body of 50 mm. Garrett T28 turbocharger with boost pressure 7 psi (0.5 bar) and a compression rate of 8.5 was applied. Motor capacity was 220 hp at 6,000 rpm and a torque of 275 Nm at 4,800 rpm.

SR20DE keeps great reliability and durability. However, some troubles with idle air control and mass air flow sensor are possible.