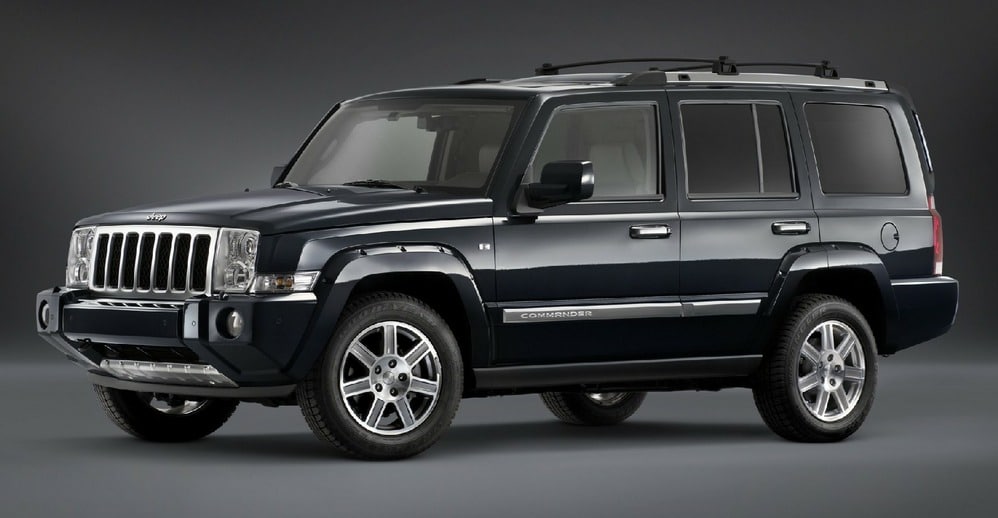 The Jeep Commander SUV was codenamed YK. It is noteworthy that initially, the concern planned to give its new model the name Jeep Wagoneer. The premiere of the car took place at an exhibition in New York in the spring of 2005. The car is developed on the platform of the latest version of the Grand Cherokee and has the same basic structure, that is, the uniframe monocoque body, independent double-wishbone front suspension and a five-link rear axle. The exterior of the car traces the army roots of the brand – the body is replete with straight lines, flat surfaces and chopped shapes. Round headlights and a seven-slot grille make it instantly recognizable as a Jeep.

The weight of the car is more than 2.3 tons, but a seven-seater SUV with a boot capacity of up to 1950 litres, respectively, looks massive and monumental. The car was produced in three modifications: Standard 4×2, Laredo 4×4 and Limited 4×4. One of three engines with a capacity of 210 to 326 horsepower was installed under the hood of the car. The Jeep Commander was discontinued in 2010. From 2006 to 2009, almost 192 thousand cars were sold in the United States.

By the way, it’s no secret that the Commander is a slightly stretched Grand Cherokee to fit the third row of seats, which anyway no one, except very young children, will fit on. It is only 37 mm longer with an equal wheelbase, and it will be heavier. But, I remember, at the presentation of the new Wrangler, I asked the guys from DaimlerChrysler to rank their models by the degree of off-road.