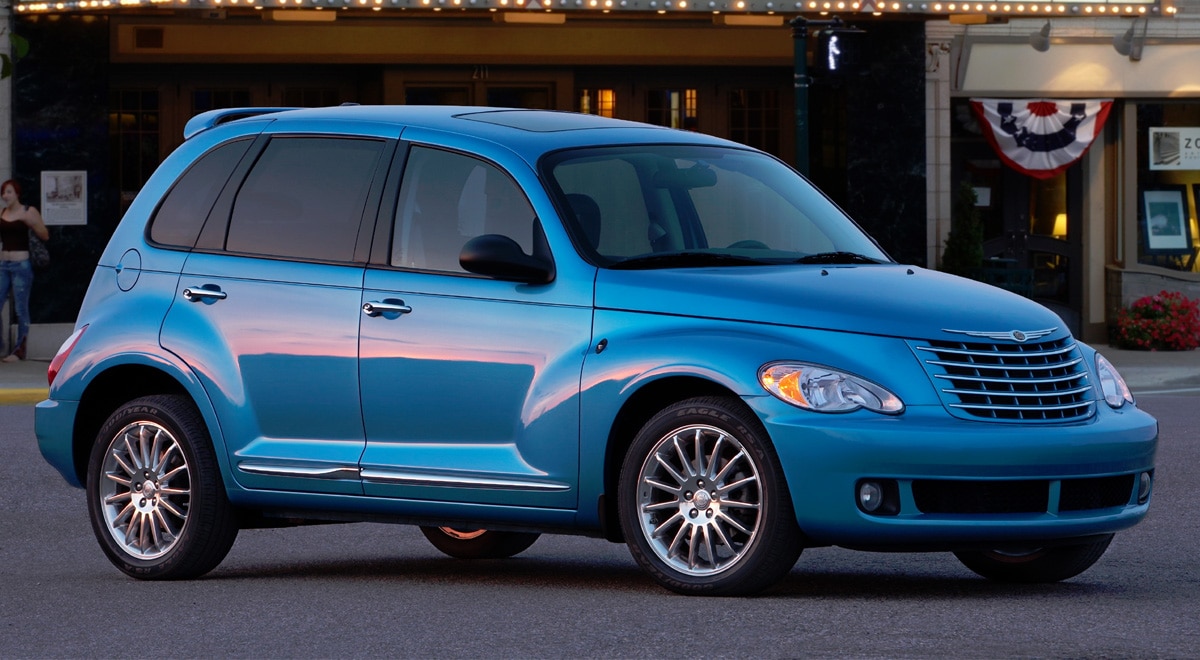 The production model Chrysler PT Cruiser debuted at the 1999 Detroit Auto Show. Retro and modern motives were combined in the car. The car had a five-door body and front-wheel drive. The development of the car was carried out for four years. Serial production of cars is established at the plant in Tuluca, Mexico. The first-generation Chrysler PT Cruiser was offered in two trim levels: Touring and Limited. In 2003, new modifications were released for the PT Cruiser station wagon. Chief among them was the Turbo version, equipped with a 2.4-litre R4 engine with a turbocharger. The engine power of this model was 218 horsepower.

The manufacturer also released an exclusive version of the Turbo called the Tangerine Dream Cruiser Series 2. The model was painted in a tangerine orange colour. In 2005, the Chrysler PT Cruiser underwent restyling. The car received new lighting equipment, a radiator grille and a spoiler. The car interior has become even more sophisticated. The model became a real bestseller of the manufacturer, especially in the USA. So, in 2001 alone, almost 150,000 copies of the car were sold in the North American market. And in the first half of the year, the sales level exceeded 75,000 models.