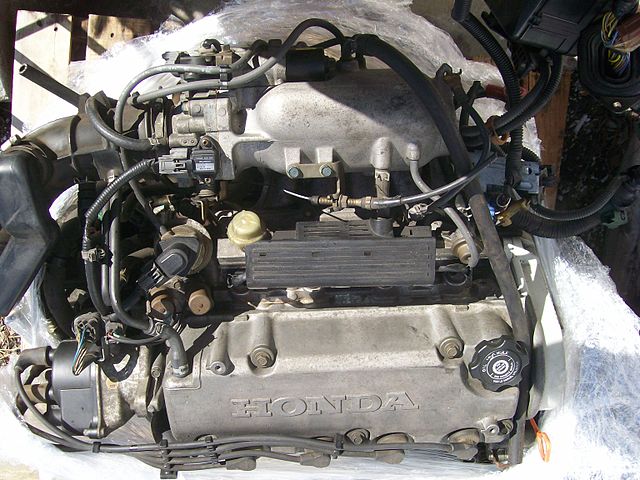 In 1984, Honda launched the manufacture of D15A motor, the debut engine from the D-series, for its CRX automobile. Having the block height of 207 mm, this 1.5L engine featured aluminum cylinder block and cast iron sleeves. Its other characteristics comprised stroke crankshaft of 85.5 mm, pistons of 74 mm and connecting rods of 134 mm.

D15B kept 0.2 mm intake valve clearances, while exhaust valves had 0.25 mm clearances. The primary modifications utilized carburetors. Later, these motors were supplied with electronic injection system. The engine’s firing order was 1-3-4-2. The throttle body had the diameter of 56 mm. Fuel Injectors had the displacement of 240 cc.

Motor often faces troubles with crankshaft sheaves damage. Depending on how it occurred, either sheave or crankshaft must be substituted.

Motor revs float. Though it’s not a common problem, it still may occur due to unclean throttle valve and sensor (valve) of idle. Thus, cleaning is required. Besides, examine the oxygen sensor (lambda probe).

In case you hear the diesel noise, exhaust manifold may have a fracture. Welding won’t be a long-lasting resolution. It’s better to acquire a pre-owned or aftermarket manifold.

D15B features unreliable distributors, which may cause motor shaking or even failure to start.

Notwithstanding these imperfections, the motor is rather durable and powerful. It can run for more than 150,000 miles (250,000 kilometers) with no faults. But, today, it’s pretty hard to find this motor with small run.