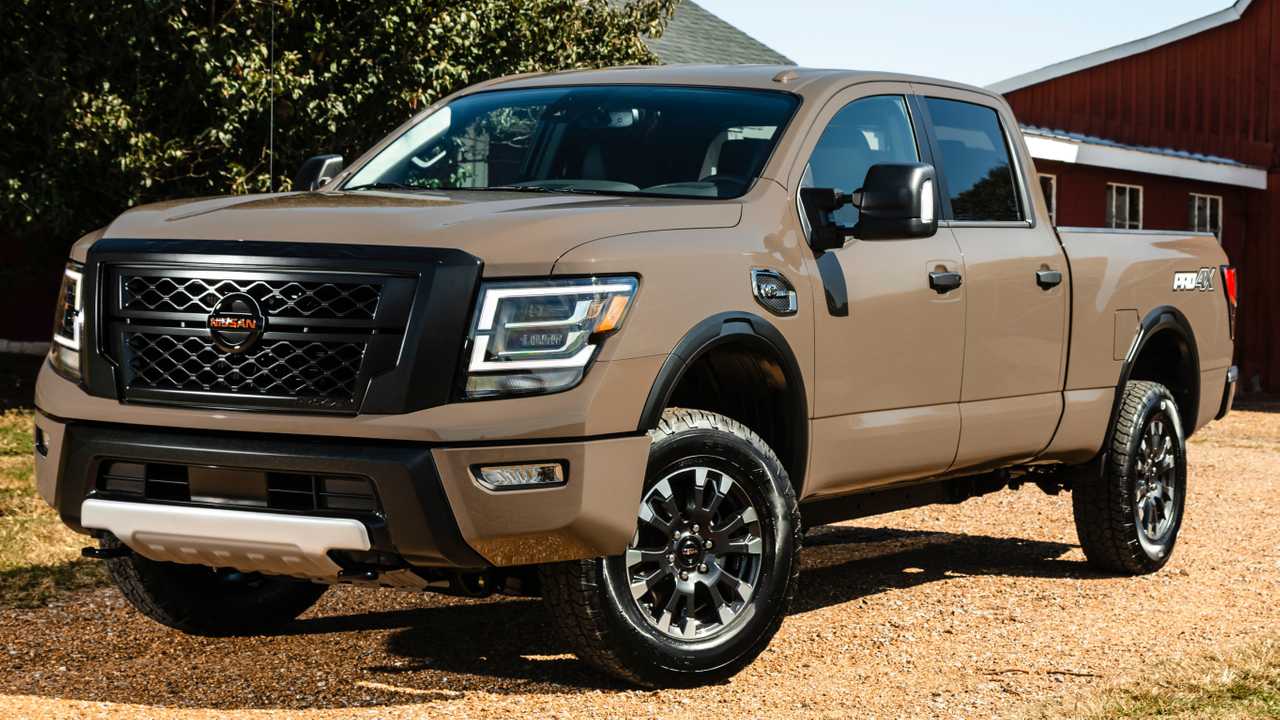 The style of the updated Nissan Titan designers called the Powerful Warrior – “Mighty Warrior”. The pickup can be distinguished from its predecessor thanks to the enlarged radiator grille with three design options, as well as new LED headlights with sections of daytime running lights in the form of “boomerangs”. Four-point lighting appeared on the stern.

As for the interior, the standard equipment includes an infotainment system with an eight-inch touch screen, and a nine-inch screen is available as an option. A panoramic roof is also available at an additional cost.

Nissan Titan received an upgraded 5.6-litre V8 unit, the output of which increased from 395 hp. and 535 Nm of torque to 406 forces and 560 Nm. The seven-speed automatic transmission has been replaced by a nine-speed transmission.

The list of standard equipment includes 8 airbags (instead of the previous 6), an automatic emergency braking system with the ability to recognize pedestrians, a blind spot monitoring system and a function of compliance with traffic. Adaptive cruise control, a roundabout system and a road sign recognition function are available as options.

The modern Nissan Titan XD occupies a unique niche, offering the power and towing capabilities of a full-fledged pickup with a level of economy and the availability of a small car. With a durable frame and an affordable 5.0-litre diesel turbo engine, the Titan XD is stuck between the half and three-tonne variants. However, if you study the proposals, you can see that the new Ford F-150 is able to pull more.