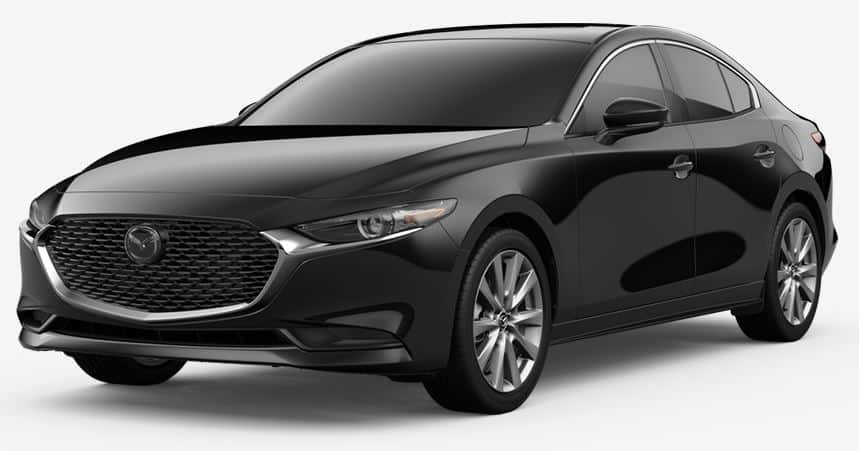 The first-generation Mazda 3 appeared in 2003 and became one of the most popular models of the Japanese manufacturer. In November 2018, a completely new, fourth generation, debuted on the catwalks of the international auto show in Los Angeles. It received a new platform with a different suspension architecture, an innovative line of powertrains, a classic set of gearboxes, a stylish interior with a high level of equipment, and a redesigned exterior.

As before, the design is made in the corporate style of Kodo, however, its more adult variation under the motto “Less is more” is used here, which can be interpreted as “less is more”. Indeed, the car received a calmer silhouette with smoother edges. The headlights have become noticeably narrower and visually adjoin the enlarged radiator grille. It got a rounder shape and a mesh design with many small cells. New brake lights with round sections can be seen on the stern, and on the rear bumper, there are two tailpipes of the exhaust system.