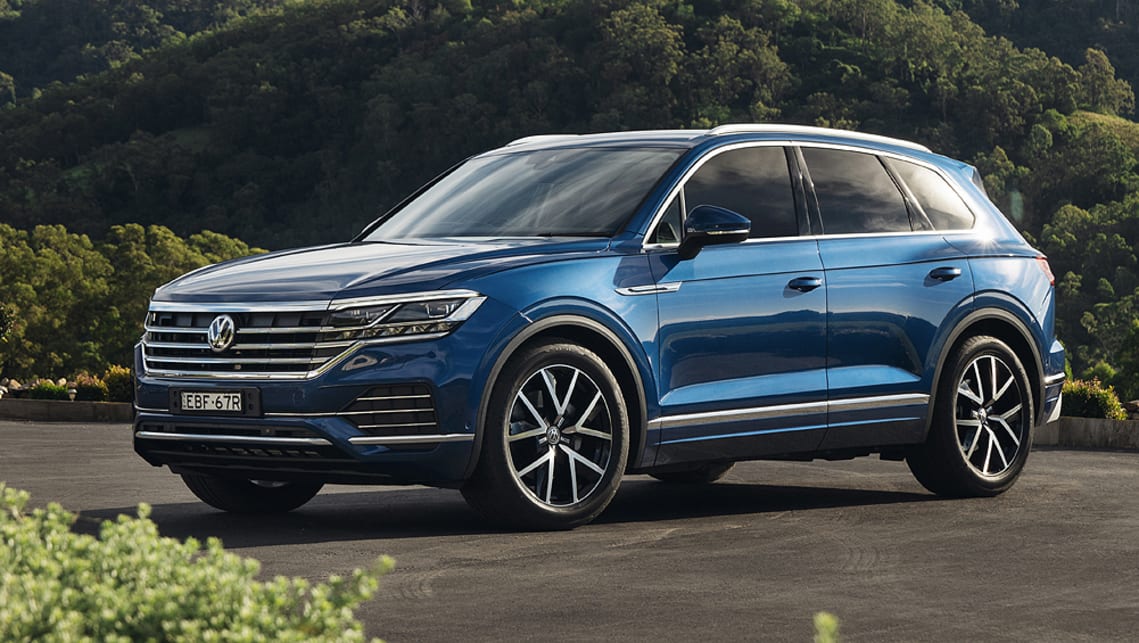 The next-generation Volkswagen Touareg appeared before the general public on March 23, 2018, at a special event in Beijing. It is worth noting that this is a full-fledged third generation and not another restyling. The model received a new platform, revolutionary technical stuffing and stunning design. It closely resembles the T-Prime GTE concept that debuted two years earlier. First of all, I would like to note the angular, fully LED, headlights optics. It sports multiple focusing lenses and visually blends into the massive chrome grille.

It extends from the edge of the bonnet to the license plate and consists of several horizontally oriented chrome ribs. Under it, on the front bumper, there is a small air intake, decorated in a similar style. In general, the model received a more dynamic and luxurious design, with an abundance of chrome sharp lines. Such changes will underline the new ideology of the car.

Volkswagen Touareg received a new modular platform MLB Evo from Cayenne of the latest modification, a rather unusual power line and an all-wheel-drive system with a multi-plate clutch. Due to the low demand for the off-road version, the manufacturer decided to abandon the “fair” system with a mechanical centre differential, a range multiplier and a rear axle lock. That is why the new generation, despite the solid ground clearance, cannot boast of serious cross-country ability.

For the first time in the history of the model, she received an in-line four. This is a two-litre TSI engine that develops 249 horsepower in our market. It is also the heart of the hybrid powertrain. It will also be installed on this model for the first time. The manufacturer has not yet specified the details, it is known that it will develop 367 forces. For heavy fuel lovers, there is the more traditional TDI V-shaped turbocharged diesel six. She also develops 249 horses, which is very tax-friendly. At the top of the “power palette” is the real V8. It also runs on diesel and went to the crossover from the Audi SQ7. This motor generates 421 horses and a whopping 900 Nm of torque.