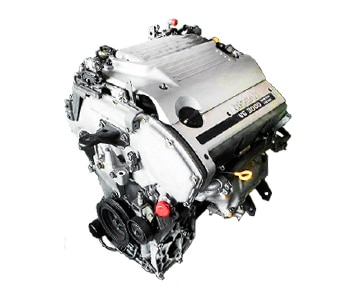 VQ30DE engine has its own place in the book of records as the best engine. He fell into the list of the ten best engines for six years. From 1995 to 2001. That’s a top result for any engine.

3.0 VQ engine series was first introduced in the United States in 1995 on Nissan Maxima and the 1996 Infiniti I30. Special features of it are the finest engine processing camshafts and crankshafts, the presence of a digital knock control system, and a new engine cooling system.

The engine produces more power and torque, at the same time has higher efficiency, quieter operation and smaller in size than its predecessor, three-litre engine series VG.

This engine is also installed in:

RWD, Comes out of a JDM Cima or Cedric. A turbocharged version of the Maxima engine with stronger rods, pistons, and a beefier crank (50mm rod journal vs 48mm). The intake manifold is setup for RWD, but the stock turbo and header setup may require modification. Most have changed the setup before the swap. Uses the same sensors as the Maxima engine and but will require different tuning. Rare to find. 270hp 280tq.

An improved version of the VQ30DE is known by the designation VQ30DE-K. The K designation stands for the Japanese word kaizen which translates to “improvement”. The engine was used in the 2000–2001 Nissan Maxima and adds a true dual-runner intake manifold for better high-end performance compared to some earlier Japanese and Middle-East market versions of this engine (2000-2001 Infiniti I30 models added an additional fenderwell intake, boosting power to 227 bhp). The VQ30DEK produces 226 PS (166 kW; 223 hp). The 1995–1999 US spec VQ30DE was equipped with only a single runner intake manifold.