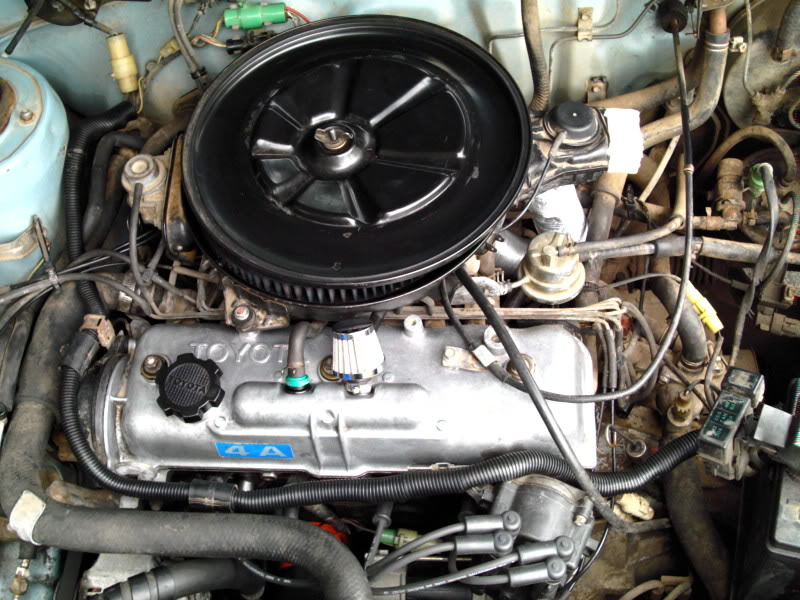 Toyota initiated production of this lineup in the late 1970s, aspiring to create an absolutely fresh version of the motor to substitute the brand’s K-lineup in Toyota Tercel vehicles. Engineers did their best to reach great fuel efficiency plus performance along with combining contemporary styling with eco-friendliness.

Thus, motors for European market kept combustion chambers, redeveloped in 1986. Having enhancement in fuel economy and emissions, these motors provided power of 86 hp (64 kW or 87 PS), 2 hp more than their predecessors.

Toyota A-lineup was manufactured contemporaneously with famous around the world S-series. 4A is definitely one of the most astonishing and widespread Toyota motors. Being first built in 1982, it was supplied with 4 cylinders. Primary versions with carburetor, 4A-C, were pretty weak and had 8 valves with dual overhead camshaft. However, afterwards, motor was upgraded and became more progressive along with gaining power.

Simultaneously with 4A, Toyota produced some other successful motors, comprising 5A plus 7A.

In 2001, the brand ceased the manufacture of 4A, substituting it with 3ZZ-FE.

Toyota 4A engine problems and reliability 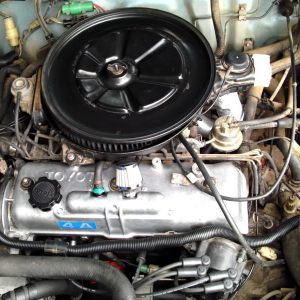 Additionally, crankshaft oil gaskets may leak or you may face troubles with ignition system. Commonly, the reason is aging but not construction faults. If you want your 4A motor to operate faultlessly, purchase a brand-new motor, serve it regularly along with applying only good quality fuel and oil. Following these instructions, you will be able to drive more than 200,000 miles (300,000 kilometers) facing no troubles.

Moreover, avoid buying 4A Lean Burn motors with smaller capacity. They are more prone to various malfunctions plus their details are rather costly.

All these malfunctions are peculiar not only to 4A motors but also to other engines of the series like 5A and 7A.

4A-GE/GZE motors have an amazing tuning potential. For instance, the TRD brand built the most famed naturally aspirated 4A-GE TRD on basis of 4A-GE motor. Its output is equal to 240 hp. Taking 4A-GE as a basis, you are able to achieve great results in increasing its performance and efficiency. Simultaneously, 4A-FE motor, which keeps other cylinder head, isn’t an appropriate engine for tuning. You can save money by purchasing a brand-new 4A-GE instead.

The first generation of 4A-GE may reach up to 150 hp if to purchase a cold air intake, performance camshafts with duration of 264 degrees plus a header.

Aspiring to increase power, consider removing T-VIS intake manifold and substituting it with performance camshafts with duration of more than 280 degrees featuring springs plus lifters. Moreover, it’s important to port and polish the cylinder head. Having 4A-GE Big Port, you will need to polish the port plus finish the combustion chamber. 4A-GE Small Port motors require these upgrades in complex along with enlarging diameter of inlet plus outlet ports. To mount a fresh configuration, aftermarket electronic control unit must be acquired, like Mines, Greddy E-manage or some other ones. Consequently, motor’s output will be increased to 170 hp.

But there is more to come. By purchasing fresh forged pistons, suitable for compression index of 11, and lighter connecting rods, you will have a chance to gain even more powerful engine. In combination with performance camshafts with 304-degree duration, individual throttle bodies plus 2-inch free flow exhaust system, these updates will lead to output of 210 hp.

Additionally, greater performance can be achieved by installing a dry sump, Toyota 1G’s oil pump plus camshafts with 320-degree duration. Having finished all adjustments, you will have 230-240 hp with maximum rotations of at least 10,000 rpm.

The real performance enthusiasts will also like the idea of supercharger tuning, which can be easily brought to life. To gain extra 20 hp, acquire an intercooler plus performance camshafts with 264-degree duration, install 2-inch exhaust system plus substitute the supercharger pulley.

To achieve 200 hp, substitute SC12 supercharger for SC14 ones (or other one with better efficiency), port and polish the cylinder head along with purchasing an aftermarket engine control unit.

2AR-FE Engine Specs and Problems Reviewed: All Info You Need to Know