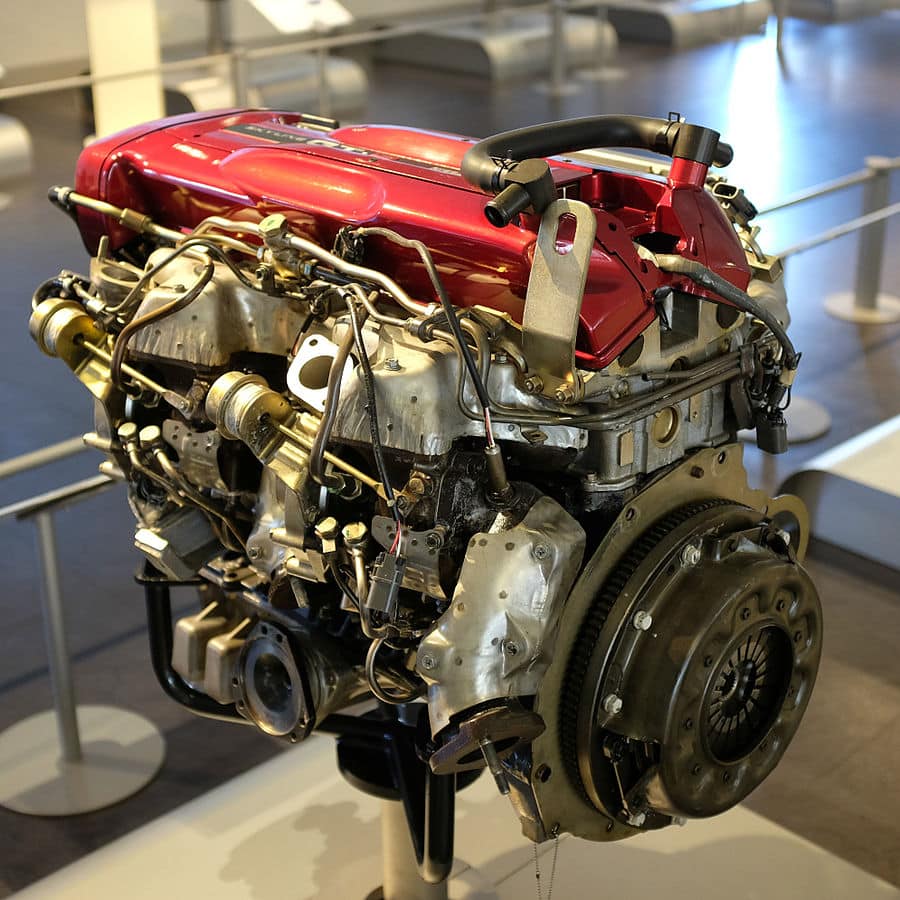 RB26DETT is a famous Nissan motor, production of which was launched in 1989. Initially, it was designed for Nissan Skyline GT-R R32, but was also applied for Nissan 300ZX and 350Z, Ford Mustang, Infiniti G35 and some other automobiles.

Intake valves’ size is 34.5 mm, while exhaust ones are 30 mm. Six individual throttle bodies with 45 mm diameter were utilized for intake system. Engine’s firing order is 1-5-3-6-2-4.

This motor is known for its durability and reliability. Its first variations for Skyline GT-R R32 had non-productive oil pump and troubles with high oil consumption were rather common. However, RB26DETT N1 had a better pump and it can be applied for its standard modification.

Problems with fuel ignition are usually caused by malfunction of ignition coils.

Though it’s a sport motor, it may have pretty long lifespan. If you maintain it, use only high-quality oil and refrain from making any updates for better efficiency, engine will serve for a long period. But if you buy this motor for fast driving and are going to make some upgrades, the durability will reduce.

Differences between RB26DETT and 2JZ GTE

After release of RB26DETT and 2JZ GTE, there were many speculations on what engine was more efficient and durable. Moreover, still, many experts argue on this issue. Let’s see what differences these motors have.

RB26DETT achieves high rpm faster and features a shorter piston stroke. As it was designed for Nissan Skyline cars only, this motor is rather rare. Unlike 2JZ, employed for a wide range of vehicles, this one will make everyone feel as if he/she was an owner of a really precious and unique thing.

One thought on “RB26DETT Engine”