An inline 6-cylinder engine with the capacity of 3.2 liters. There was also an AMG-version 3.6-liter. The engine has two camshafts and four valves per cylinder.

All engines without the ignition distributor intake camshaft were equipped with the clutch with an electro-hydraulic actuator for the variable valve timing. Phase changes occur without a smooth adjustment – only two extreme positions. 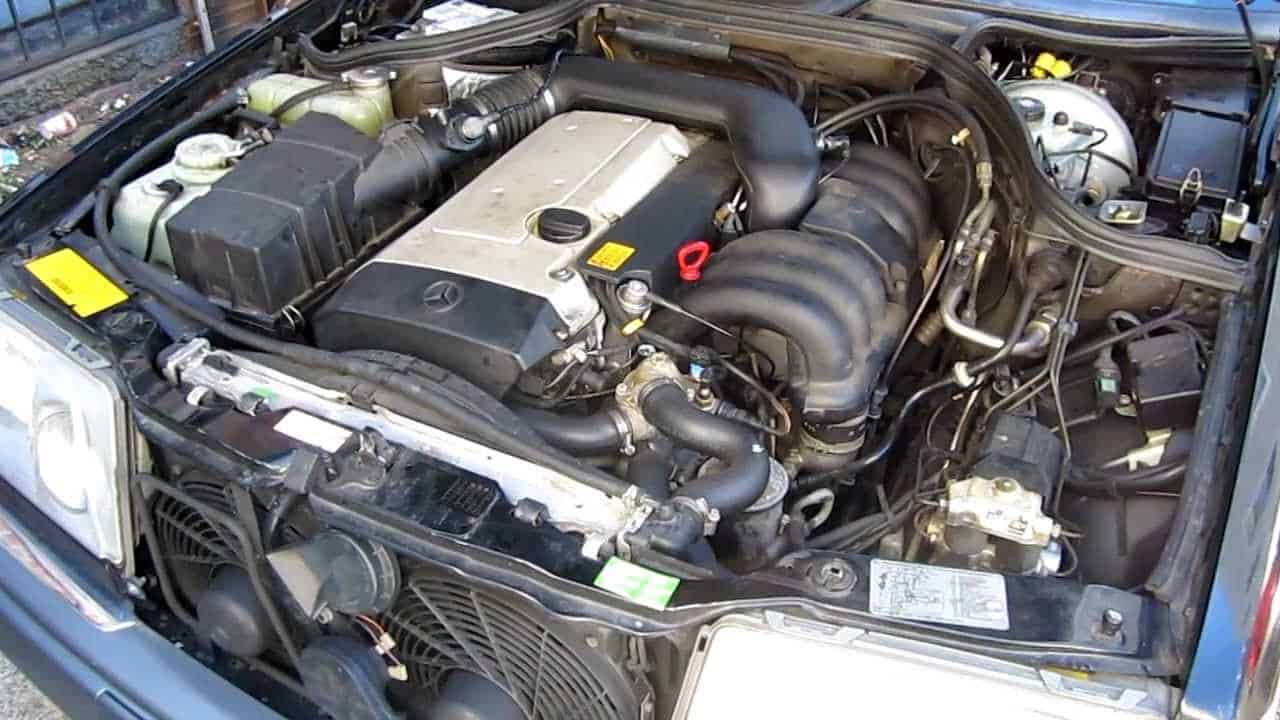 The engine was very good, well-balanced. But for all its reliability it had several birth defects:

Uncontinuous oil leaking?! That is a huge problem! Fortunately we know how to help. Read this top 10 radiator stop leak products.

Headache pain of the Mercedes M104 engine is overheating of the rear of the cylinder head and its distortion. You can not escape this because the problem relates to its construction.

Another serious problem may arise with a bad (not proper) operation of this engine. Council urges timely change the oil in the engine, and use only high-quality oil.

It is necessary to monitor the integrity of the main cooling fan. If there is even a slight deformation of the fan blades you should immediately replace it.

Alteration of 3.2 liters into 3.6 liters. AMG is one of the first things the owner of M104 E32 has, however, for the implementation of such projects you need to replace the crankshaft, connecting rods, pistons, cylinder head to modify, replace camshafts and injectors, pumps, and other stuff. It is much easier or just buy the engine Mercedes-Benz M104 E36 AMG, or set the boost to the standard engine and get more power.

For this purpose is suitable any modest compressor kit (such as the Eaton M62), inflated to 0.5 bar standard piston thick cylinder head gasket, with the injectors 350 cc and more productive fuel pump outlet 3, set the MegaSquirt / VEMS obtain ~ 300 hp. Instead of the compressor can be found Mossellman turbo kit with a similar pressure to obtain the same power.

If such a return seems low, you need to either buy a more powerful engine and a modern Mercedes, or pay attention to the Turbo Bandit kits, after the installation of the which the car won’t look like a city auto.